Black women have been in the vanguard of defending democracy over the past several years. We voted, registered voters, organized Souls to the Polls, wrote checks, sent texts and tweets, trained poll workers, knocked on doors, gave interviews and urged the nomination of a woman of color to be Vice President – all in order to repel a specific threat to the basic tenets upon which our government is built. We succeeded – the Constitution held, the insurrection was repelled, the Union survives. But Black women want, need and deserve more than mere survival.

One concrete result of all that work is that there is now a unique opportunity to make progress and move forward. We have been doing the very hard work of holding the forces of sexism racism and exclusion at bay. In this season, we must take advantage of every opportunity to expand what is meant by justice – on our jobs, in the streets, courts, legislatures and polling places. Defending democracy is one thing – expanding it is something else.

We have the opportunity to advance the cause of justice with the potential ratification of the Equal Rights Amendment to the U.S. Constitution. It is not a coincidence that Black women earn less, see a lower return on their investment in education, suffer higher levels of poverty and have less wealth than White people. The structure of our government and of the economy almost guarantee that these disparities will continue into the indefinite future, unless we take on the gargantuan task of erecting legal protections as bulwarks against a seemingly never-ending tide of racist, sexist and violent systems of oppression. One of those bulwarks is ratification of the Equal Rights Amendment. This is not a new issue. Future First Lady Abigail Adams wrote to her husband in 1776 structuring the government of the new nation, “…I desire you would remember the ladies and be more generous and favorable to them than your ancestors. Do not put such unlimited power into the hands of the husbands. Remember, all men would be tyrants if they could. If particular care and attention is not paid to the ladies, we are determined to foment a rebellion, and will not hold ourselves bound by any laws in which we have no voice or representation.” Well, John Adams did not heed Abigail’s advice. There is no mention of women, sex or gender in the United States Constitution, and we should not have to wait another 245 years to remedy that omission. (read entire report) 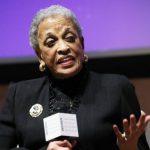 The World of the LowKey Artist

Branding With Emotions: Using Your Story to Engage Your Audience

FASHION WITH DIARY OF QUEEN ESTHER