Diane Powell-Larche’ is President of Larche’ Communications LLC and a graduate of the University of Pittsburgh and Howard University. She is a native of Philadelphia, Pa.

Diane is the chartering and immediate past president of the Greater Atlanta Section of the National Council of Negro (NCNW), the largest section ever to be charted in the 85- year history of NCNW. She is also the National Membership Co-Chair and was elected to the National Executive Board as Board Member-At-Large in November 2020.

A charter member of the Atlanta Commission on Women, she is a former Vice President of Community Outreach for the Junior League of Atlanta. Diane currently serves as a board member of the League of Women Voters of Atlanta Fulton County, Lupus Foundation of America Georgia Chapter and Delta Sigma Theta Sorority Inc. Atlanta Alumnae Chapter.

She founded 501.c3 nonprofit Atlanta Culinary Charities 2015 and its program Family Food Fest Atlanta, an annual Father’s Day Food Tasting Celebration that she has produced since 2002. The purpose is to bring families together on Father’s Day and to celebrate African American dads and men who serve in father figure roles and to display their culinary talents. www.familyfoodfest.org is the website.

She is a member of Ben Hill United Methodist Church and is married to Joseph Larche’. They celebrated 25 years of marriage June 29 and reside in Atlanta, Ga. and have a home in New Orleans, La. 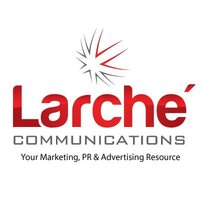 FASHION IS IN THEIR BLOOD! The Wilbourn Sisters Janice & Carolyn Wilbourn

Embarking on a Fitness Journey – From Home